How Individual Talents Play Together as One

There was a man who had a donkey…

Thus begins the fairy tale of the Bremen Town Musicians, who start out to create a musical act and find what they’re looking for after only a single concert. They achieve this literal overnight success by becoming a model team and using their individual talents for their collective benefit. The fairy tale vividly illustrates the different phases of team development from recruitment all the way to blind understanding among each other.

Let’s start at the beginning: There was a man who had a donkey who had been carrying sacks to the mill tirelessly for years, and whose strength was now at its end. The donkey was becoming less and less fit for work. The man thought of getting rid of him, but the donkey realized that something bad was afoot and ran away to Bremen, where he thought he could become a town musician.

On his way to Bremen the donkey encounters a dog, then a cat, and finally a rooster. All are threatened with being disposed of as livestock: they are old and can no longer render the services their owners expect of them (we’ve heard of this situation in modern life as well, but that’s another story). Thus, they all behave strangely (the rooster, for example, crows incessantly), and the donkey feels prompted to ask them for their story.

As soon as he realizes that the dog, the cat and the rooster are all in the same situation he is in, the donkey invites them to come to Bremen with him as part of his growing group of musicians. As we can see from the donkey’s invitation to the rooster, the plan becomes more concrete with every new recruit:

“Oh you redhead,” said the donkey, “better to join us and leave this place, we are on the way to Bremen, anywhere is better than death; you have a good voice, and if we make music together it should be a great show.”

The band practically starts by itself in this coming together of different personality types who would normally avoid each other. Simply the idea of going on an adventure together motivates them to join forces. Just as the saying “first who, then what” goes, the animals find each other through their common approach of wanting to take fate into their own hands. It will soon be revealed how this approach enables the group’s success.

The story goes on:

But they could not reach the city of Bremen within a day, and they ended up in a forest where they decided to spend the night. The donkey and the dog laid down under a large tree, the cat and the rooster found their ways into its branches, but the rooster flew all the way to the top, where it was safest for him.

From the top of the tree, the rooster sees a light in the distance and informs his companions. Together they decide to find the source of the light in the hopes that it would be a house. And as fate would have it, they do arrive at a brightly lit up house full of robbers.

The donkey, who was the tallest, went up to the window and looked inside. “What do you see, grey one?” asked the rooster. “What I see,” answered the donkey, “is a table set with beautiful food and drink, and robbers sitting around it enjoying themselves.”

We can see how the members of this team accept each other’s different abilities without judgment; no one expects everyone to behave the same way. What’s more, they start seeing their individual abilities as complementary and recognize how they can achieve something together that none of them could accomplish alone.

Due to their effective sharing of information, the town musicians now have a clear goal:

The animals consulted with each other about how to chase away the robbers, and finally they found a solution.

The team has developed an integrative culture and can now develop a strategy together. The result of the consultation is true genius, because it integrates the animals’ individual skills into an effective whole:

The donkey stepped onto the windowsill with his front hooves, the dog jumped onto the donkey’s back, the cat climbed onto the dog, and finally the rooster flew up to perch on the cat’s head. When that was done, at a given signal they all began to perform their music: the donkey brayed, the dog barked, the cat meowed and the rooster crowed. Then they burst through into the room, breaking all the panes of glass… 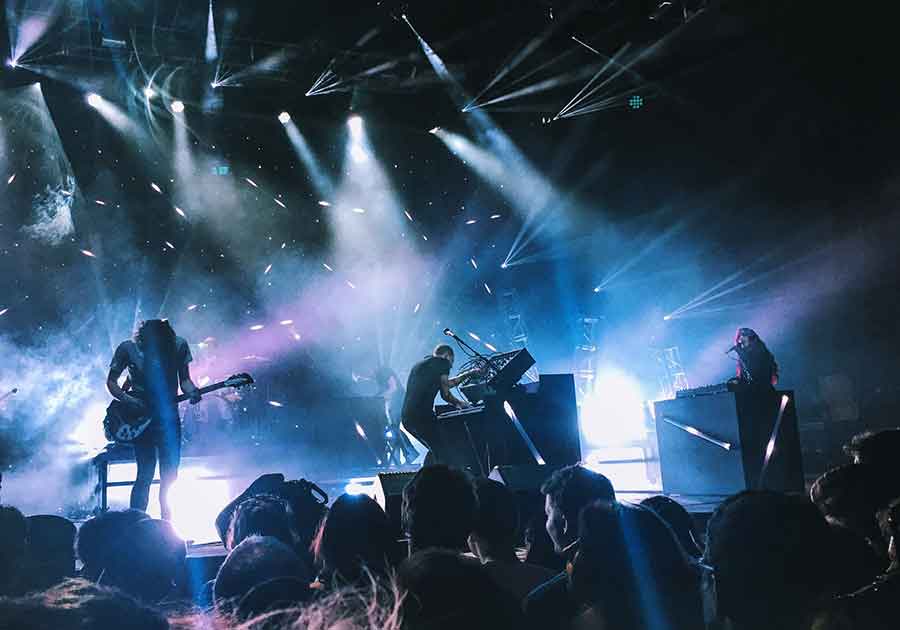 No wonder the robbers run away in terror!

The team as a whole is now strong enough to achieve such breakout success because each animal contributes its own unique abilities to the joint effort, not only during the assembly of their tower but also during their musical performance. As a reward, the animals treat themselves to the remaining feast.

But that’s not the end yet, because the robbers return after the situation appears to have calmed down. For the town musicians have grown tired, and

had found a place to sleep, each according to their nature and preference. The donkey laid down in the hay, the dog behind the door, the cat on the stove near the warm ashes, and the rooster perched up in the rafters…

These sleeping spots, which the animals chose “each according to their nature and preference,” set the stage for the grand finale of perfect and wordless synergy in everyone’s best interest, even without any explicit agreement. Let’s see how the robbers’ delegate fares:

The dispatch found everything quiet, entered the kitchen to light a lamp, and because he thought the cat’s fiery glowing eyes were live coals, he held a match up to them so that it might catch fire. But the cat was not in the mood for games and jumped at his face, hissing and scratching. The robber was terrified and wanted to run away through the back door, but the dog who laid there jumped up and bit him in the leg, and as he lumbered across the back courtyard the donkey gave him a hard kick with his back hoof; and the rooster, woken up by the noise and becoming lively, called from the rafters, “Cock-a-doodle-doo!” The robber ran off as fast as he could.

Of course, the robber’s companions receive a grisly account of what happened at their former house, and they never set foot there again. But the four Bremen town musicians liked it there so much that they did not want to leave anymore.

Thus the team has reached its true goal: a safe place to grow old in peace. All that after only a short journey and a single concert!

Making Diversity a Strategy for Success

The first building block in this success story was already laid in the recruitment phase. A shared basic approach brings the musicians together: “We take our fates into our own hands (by setting out for Bremen) and we connect based on our differing strengths (let’s start a band).” That’s why the team finds solutions together that work for everyone, that’s why the team adapts to situations repeatedly and with agility, and that’s why it collaborates so naturally.

This fairy tale perfectly demonstrates the requirement for a high performance team made up of totally different characters: mutual acceptance and appreciation of each other’s differences. But how often do we expect a dog to catch mice, or a rooster to bark and protect the house? Or use the same yardstick to measure a cat’s performance as a donkey’s? How much easier it is to instead accept donkey, dog, cat or rooster the way they are and use their natural inborn talents! Rather than having to bend out of shape, separating themselves from the pack, or competitively playing their talents off against each other, these team members can combine their seemingly irreconcilable character traits to become a decisive factor in their collective success. When differences are recognized as potential, acting in concert with one another not only becomes possible, but can also turn out to be highly fruitful.

Would you like to make the most of diversity in your team?

Swaan Barrett supports you in building and developing an effective team based on diversity.